Jonny Mansfield is an award-winning percussionist and composer. He has worked with international artists such as Chris Potter, Orlando Weeks and Stan Sulzmann, performing in concert halls and festivals worldwide. He released his debut album ‘Elftet’ on Edition Records after being awarded the Kenny Wheeler Prize in 2018. Jonny has been nominated twice for Ivors Novello composition awards for large jazz ensemble and In August 2020, he composed, recorded, mixed and mastered an album in a day, called ‘Portrait’. As well as leading his ensembles, Jonny is part of many projects such as Bonsai, Dominic Ingham’s Quintet, Tom Smith’s Geko and Ella Hohnen-Ford’s Treeclimbers.

As well as being an avid performer and composer, Jonny is a respected jazz educator, having led jazz vibraphone workshops at Chetham’s School of Music, Aberdeen and Nottingham Universities as well as teaching vibraphone regularly at Wells Cathedral School and Leeds College of Music.

Jonny is an artist for Acoustic Percussion and Murat Diril. 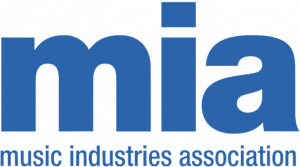