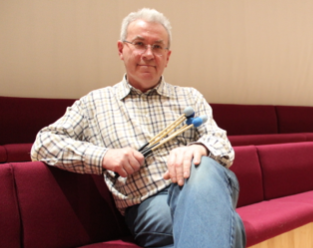 In 1983 Graham was appointed as Section Leader Percussion of the Royal Liverpool Philharmonic, where he currently performs under Maestro Vasily Petrenko. On a number of occasions he has performed as soloist with the RLPO including the UK premiere of Takemitsu ‘Gitimalya’ for marimba and orchestra (broadcast live on BBC Radio 3) along with other well known solo works for percussion by Bartok, Milhaud and Panufnik. He continues to be invited to play with several of the UK’s leading symphony orchestras.

In 1995, by special invitation, Graham became a founding member of the World Orchestra for Peace conducted by Sir George Solti. Currently conducted by Valerie Gergiev, this exceptional ensemble performs regularly at the BBC Proms in London and around the world as ‘Ambassadors for Peace’, with tours throughout Europe, Russia, China and the USA.

Each model in this Signature series has been designed and manufactured to this highest possible standards, using on the finest materials available. Ideal for use on suspended cymbals, they produce a unique tonal characteristic. This complete series of mallets equips the orchestral percussionists with the tools necessary for symphonic and contemporary repertoire. Designed by one of the world’s eminent orchestral percussionists and cymbal experts.