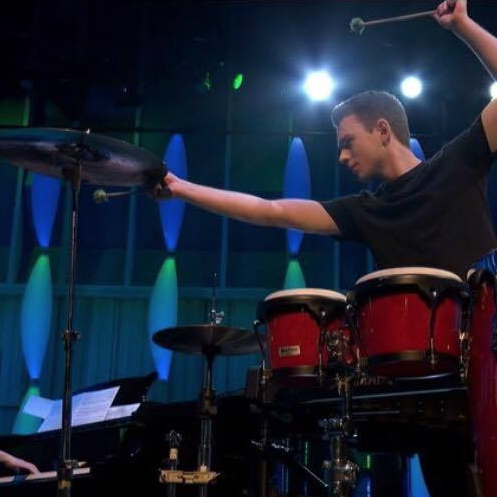 Matthew, 17, lives in Cheshire and enjoys a varied career performing as a percussionist, both solo and orchestral. Having started on the drum kit at the age of 10, he later ventured into wider percussion under the tutelage of his teacher, Mark Concar, where his passion for percussion truly began. Having studied percussion ever since, Matthew is currently Principal Percussionist with both the National Youth Orchestra of Great Britain and the Hallé Youth Orchestra, and his orchestral career has seen him perform in many acclaimed venues across the UK, such as the Royal Festival Hall, the Barbican Hall and the Royal Albert Hall, as well as taking him abroad, most recently to La Côte-Saint-André, France, where he performed as part of the Festival Berlioz.

Alongside orchestral performance Matthew is also a keen solo performer, recently winning the title of Percussion Winner for the BBC Young Musician 2018 competition, having already been a 2016 Percussion Category Finalist at the age of 15. Matthew is also a keen advocate of new music and he has, to high acclaim, premiered solo works by percussionist and composer Jan Bradley as well as being involved in premieres of multiple other works for various ensembles.

Matthew also studies piano, having achieved Grade 8 distinction at the age of 15, and he is a prize winning composer. In his free time Matthew enjoys composing and playing for the Love Music Trust Percussion Ensemble, led by Mark Concar, which has seen his compositions played up and down the country, in such venues as the Southbank Centre, and taken to the World Music Competition in Kerkrade, 2017.